Daventry District Council is conducting a review of Polling Districts, Places and Stations that fall within Daventry District in accordance with Section 17 of the Electoral Registration and Administration Act 2013.

The review will seek to establish how suitably placed the polling stations are within each electoral area making specific reference to both disability and accessibility issues.

Electors within Daventry District may make a representation. The Council would welcome the views of all residents, particularly disabled residents, or any person or body with expertise in access for persons with any type of disability, on the proposals. The deadline for the receipt of comments is 12th April 2019.

Persons making representations should, if possible, give alternative places that may be used as polling places.

The consultation period for the proposed polling stations will take place between 14th May 2019 and 18th June 2019. The proposals will be published on the Councils website and in the Councils offices. The Council welcomes comments from all electors within the district.

As part of the review, the (Acting) Returning Officer for the Daventry Constituency will comment on the proposed polling stations. These representations will be published on the Council’s website and offices.

Documents associated with the review may be seen at the Council Offices, Lodge Road, Daventry NN11 4FP or on the Council’s website at www.daventrydc.gov.uk/pollingplaces

Or via Survey Monkey – https://www.surveymonkey.co.uk/r/YRSLYMB 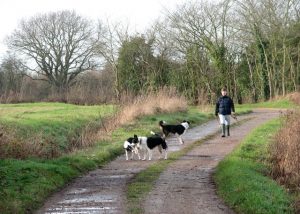 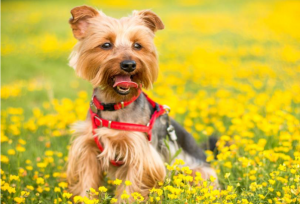 Daventry District Council is considering amending a Public Space Protection Order (PSPO), giving its enforcement officers broader powers to deal with dog owners who fail to properly control their pets in public open spaces across the district.  As well as testing those laws already in place, the Council is keen to take advantage of this opportunity to expand the requirements of the existing Public Spaces Protection Order and consult on more innovative ideas which would extend the remit to encompass other pressing local issues that fall within the description of antisocial behaviour.  Comments of the Parish Council on the proposals are requested during a statutory consultation period from Tuesday 29th May 2018 to Tuesday 24th July 2018.